Abuse comes in ALL kinds and sizes. 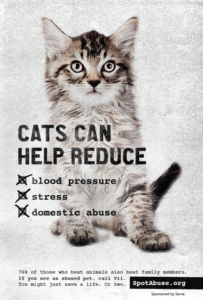 Have you thought about seeking shelter, but stayed because you did not want to leave your pet behind?  We can help!  Rainbow House has an on-sight animal kennel, with heated indoor shelter and outside kennel runs.  You are able to access shelter, and bring your dog, cat, or small pet with you.  If you are accessing shelter services at Rainbow House, we can offer a safe place for your companion animals.  Through grant funding from Red Rover and the AKC Fund, we were able to build a small on-site pet care facility.    Menominee Animal Shelter generously helps us out with donations of pet food and supplies, specific to your family pet’s needs.

Volunteers may be able to help with other larger animals.  Don’t delay leaving a dangerous situation because you fear for the safety of your pet.  Give us a call at (715) 735-6656.  We can help. There is no fee for this extra service!  Through a donation by Banfield Foundation, you can also apply for veterinary care services, at no cost to you.  We offer spay/neuter, emergency animal care, and wellness visits for vaccinations and routine preventative care.

If you are witnessing animal abuse, report it.  In 76% of cases, when a pet is being physically abused, others in the household are as well.  If you spot animal abuse, call 911.  You may save a life.  Or two.

Twelve independent surveys have reported that between 18% and 48% of battered women have delayed their decision to leave their batterer, or have returned to their batterer, out of fear for the welfare of their pets or livestock (Ascione, 2007).

Between 71-85% of women entering domestic violence shelters reported that their partner had threatened, injured or killed the family pet (Ascione, Weber, & Wood, 1997).

One of the first studies to address the co-occurrence between child abuse and animal abuse discovered that 88% of homes with physically abused children also included abuse or neglect of the family pet (DeViney, Dickert, & Lockwood, 1983). In a nationwide study, more than 71% of battered women reported that their abusers had harmed, killed or threatened animals, and 32% reported that their children had harmed or killed animals (Ascione, 1997).

Research has shown that 62-76% of animal cruelty in the home occurs in front of children (Faver & Strand, 2003). Children often intervene to protect their mothers and pets from being battered. Some children may even allow themselves to be victimized to save their pets from being harmed or killed (Edelson et al., 2003). Tragically, this behavior is often symptomatic of children’s future abuse of people (Boat, 1999). 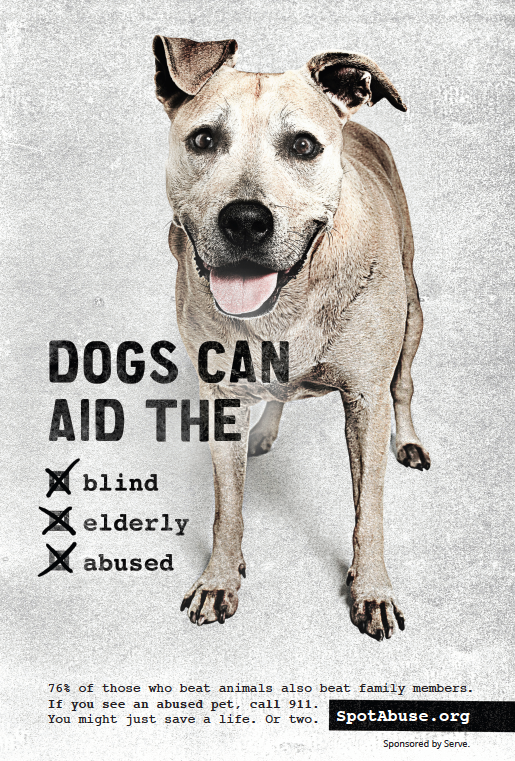